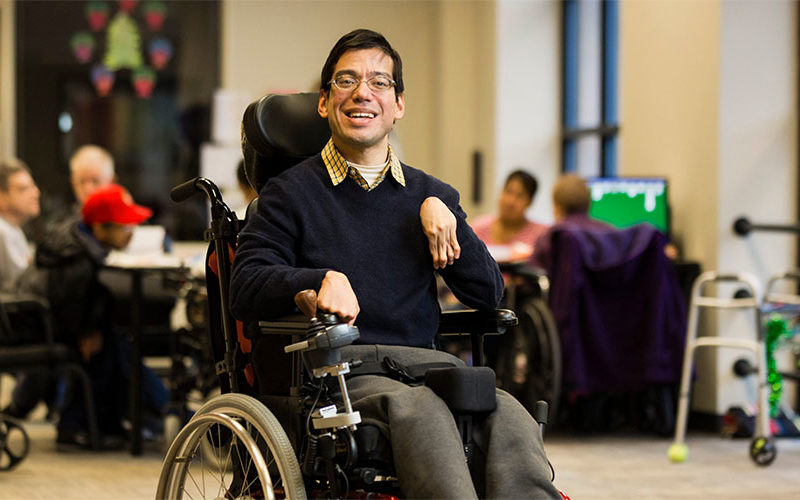 Ask anyone at ServiceSource’s day habilitation program in Springfield, Virginia who the most confident individual is, and most people will point to Mauricio Garcia. Mauricio is the self-proclaimed “mayor” of the Springfield program; and it is easy to see how he lives up to his title.

At 35-years-old, Mauricio is a self-advocate and a natural leader.  He is also extremely cultured and well-traveled, having visited his parent’s native Bolivia on many occasions, Mexico, and taken a tour of the west by car. Mauricio’s father, Alfredo, says that Mauricio is the most bilingual of his three children, having written regular letters to his grandfather in Spanish until he passed away.

Mauricio was born three months premature, and doctors did not realize he had suffered a brain hemorrhage until he was a week old. Since the hemorrhage, Mauricio uses a wheelchair and has other health complications. His dad says that although Mauricio has always been aware of his disability, he has never been negative because of it.

Since enrolling in ServiceSource’s day habilitation program 10 years ago, Mauricio has thrived. With support from staff, Mauricio participates in many center-based work activity programs, including labeling for ServiceSource and other business customers. He also participates in physical therapy and expressive therapy programs and is engaged in daily current event and reading clubs. The social activities Mauricio is involved in, however, are where he shines the brightest.  Mauricio is active in the Brotherhood Club, a social group for men. He also takes part in the Diversity Committee, a group dedicated to exploring how people are different and alike, and teaches Spanish to his colleagues. Mauricio served on the Central Fairfax Board of Directors in 2010, and currently serves as the Vice President of the Proud Hearts Civitan Club. Mauricio was asked to present testimony on issues related to funding before the Joint Budget Committee of the State Legislature as well as the Fairfax County Board of Supervisors. Mauricio is an exceptional advocate for himself and his fellow participants, often volunteering for disability-focused speaking engagements in the community and co-facilitating monthly Consumer Council meetings at ServiceSource.  “I love coming to ServiceSource every day,” Mauricio says.

In his spare time, Mauricio loves to listen to music. “Music is his life;” Alfredo says. Every year for his birthday he requests tickets to a country music festival where he gets to see some of his favorite artists live. Mauricio’s love of music shines through during music therapy at ServiceSource, where he is often a leader. In addition to music, Mauricio enjoys writing poems and cards. “If he can make someone feel better about their day, he is happy,” Alfredo says. “He is very sensitive and in tune with people’s emotions.”

Alfredo says that ServiceSource has been beneficial for Mauricio in many ways, including helping him to cultivate his self-motivation and self-worth.  “Earning a paycheck also means a lot to him,” Alfredo says. “He has never had more confidence.”

For more information on our LTCIS program, visit our Programs and Services page.

Show your support for ServiceSource and its mission to build inclusive communities – one person at a time. Visit our Support Us page to learn more. 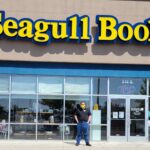 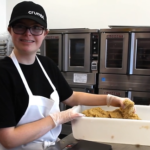 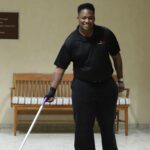 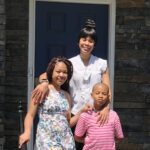